TYLER, Texas (Nexstar) — Gov. Greg Abbott won’t call a special session in response to the shooting in El Paso, but he says Texas legislators will continue to work together on ideas and strategies to address how to prevent future deadly attacks and catastrophes.

“This government doesn’t require the legislature to be in session to work,” he added. “There are so many levers the governor has available to him that we’re going to begin executing right now for us to be able to make sure El Paso and other communities are safer right now.”

Abbott, who spent his youth in Longview, returned to east Texas Thursday for a town hall hosted by Nexstar Media Group. The town hall was broadcast statewide on-air and online across the company’s affiliates.

A viewer from El Paso submitted a pre-taped question urging the Governor to find a bipartisan solution on gun safety. Abbott pointed to the newly-created Domestic Terrorism Task Force from Wednesday. It’s comprised of experts to analyze and provide strategies to law enforcement agencies in Texas to protect against acts of domestic terrorism. Similar to what followed the school shooting in Santa Fe, Abbott also plans to host roundtables with the task force, state legislators from El Paso and other experts from Texas.

The Texas Democratic Party, however, criticized the makeup of the task force.

“We looked at the composition of the Domestic Terrorism Task Force,” Manny Garcia, executive director of the Texas Democratic Party said. “It doesn’t have experts in white supremacy. It doesn’t have anybody representing the Southern Poverty Law Center, NAACP, LULAC, MALDEF, the Human Rights Campaign — folks that deal with hate on a daily basis.”

“However, it is both surprising and disappointing that a Hispanic Democratic Chairman of the most relevant committee to the issue did not get a seat at the table,” he said. “Regardless, I look forward to assisting the task force and the Department of Public Safety in any capacity.”

Sullivan is the leader of Empower Texans, a political non-profit that the Texas Rangers are now investigating after Monday’s Texas House General Investigating Committee meeting.

“Change is possible if we demand it and it’s not just on gun violence,” Castro said.

“Texas ranks dead last in healthcare. Today too many people can’t afford their medicines, too many can’t afford to see their doctor. That’s why we should expand Medicaid, which would save and create hundreds of thousands of good jobs and save rural hospitals from closing.”

The task force will hold its first roundtable meeting with Gov. Abbott on Friday, August 30.

On anniversary of accident that paralyzed him, Gov. … 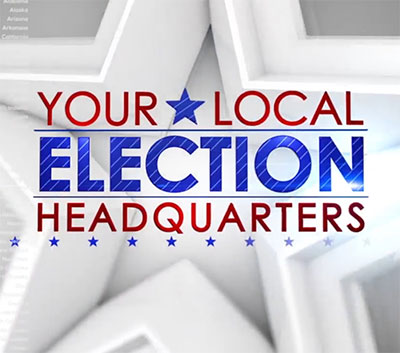 KLBK is Your Local Election Headquarters. We're committed to providing you with in-depth and unbiased political coverage.