PITTSBURGH, Aug. 8, 2022 /PRNewswire/ -- "I wanted to provide motorists with a convenient means of protecting their vehicle interiors from overheating and damage when parked in direct sunlight," said an inventor, from Clearwater, Fla., "so I invented the INSTA - SHADE. My design would be much more effective than typical cardboard sunshades that only block sunlight at the windshield." 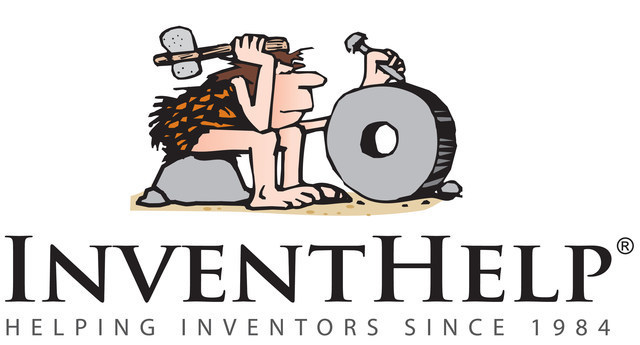 WINDERMERE, Fla., Aug. 8, 2022 /PRNewswire/ -- The Bee2Bee Network Apprenticeships Program is proud to announce The Launch of its New "$30 million Apprenticeship Expansion Endowment Fund" and its signature cryptocurrency, Bee2Bee Coin, (BEE) which will support innovative Corporate Initiatives for its Information Technology based Registered Apprenticeship Program. An alternate "Apprentice Coin" will also be co-branded as an NFT with client and employer partners. 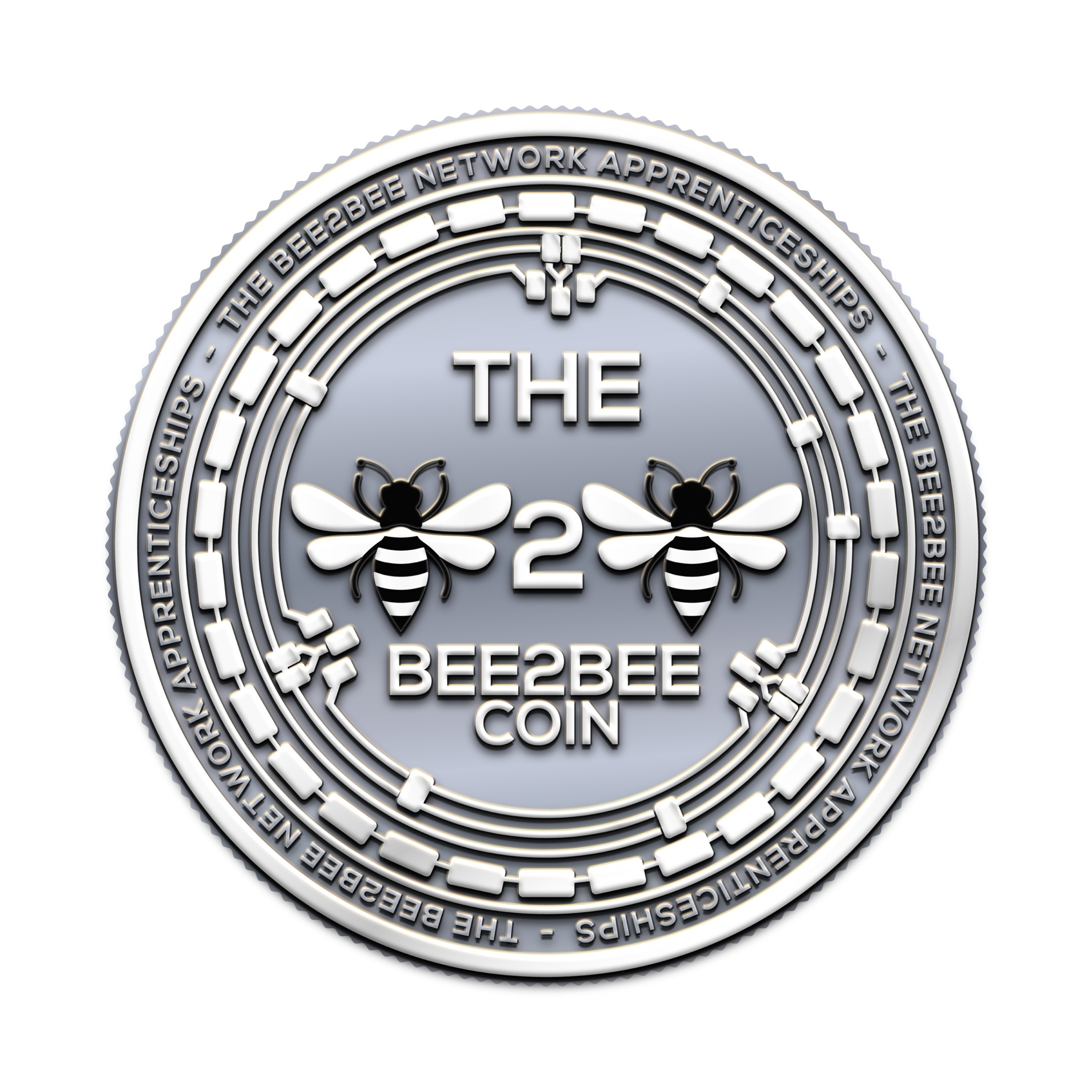 WASHINGTON, Aug. 8, 2022 /PRNewswire/ -- NASA has announced a new round of opportunities through the agency's CubeSat Launch Initiative (CSLI) for CubeSat developers, including educational institutions, to conduct scientific investigations and technology demonstrations in space and contribute to the agency's exploration goals. "Small satellites, such as CubeSats play a valuable role in the agency's educational, science, and technology investigations, including planetary exploration, Earth observation, and fundamental Earth and space science," said Bradley Smith, director of launch services within the Space Operations Mission Directorate at NASA Headquarters in Washington. "They are a cornerstone in the development of cutting-edge NASA technologies, such as laser communications, satellite-to-satellite communications, and autonomous movement."

NEW YORK, Aug. 8, 2022 /PRNewswire/ -- As companies are seeking to refresh the composition of their boards, they are moving away from policies that mandate turnover of their directors based on age or tenure. They are instead pursuing other avenues that provide for a tailored approach to opening up board seats for directors who will bring fresh perspectives, skills, experiences, and diversity to the board room.

PITTSBURGH, Aug. 8, 2022 /PRNewswire/ -- "I wanted to create a strain-free way to switch between seasonal tires in your garage or driveway," said an inventor, from Binbrook, Ontario, Canada, "so I invented the TIRE CHANGE BUDDY. My design helps to simplify the process and it reduces the risk of injury and strain." The invention provides an easier way to switch between winter and summer tires. In doing so, it eliminates the need to directly lift and turn a heavy wheel/tire set for installation. In doing so, it increases convenience and safety and it reduces physical strain and struggle. Additionally, the invention features a practical design that is easy to use so it is ideal for do-it-yourselfers, automotive mechanics, etc.

Company's Lightweight Power Systems Will Fuel Future UAV Development SAN LUIS OBISPO, Calif., Aug. 8, 2022 /PRNewswire/ -- Edge Autonomy, a leader in unmanned and autonomous technology, announced today that it has acquired Adaptive Energy (or "the Company"), a globally recognized designer and manufacturer of solid oxide fuel cells (SOFC) for backup, off grid and UAV power. Terms of the transaction were not disclosed. 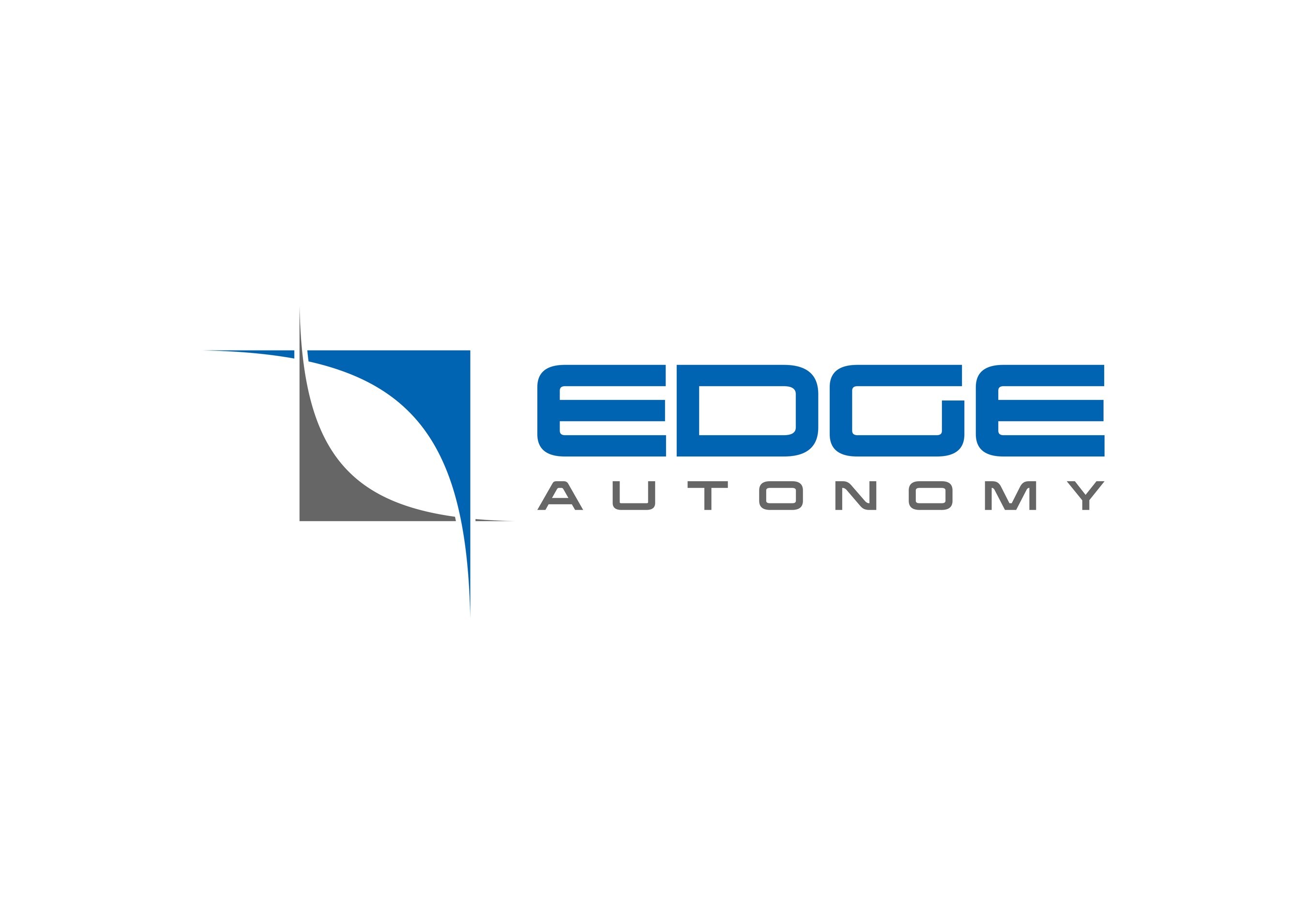 CHICAGO, Aug. 8, 2022 /PRNewswire/ -- 3Cloud's rapid growth and continued innovation in managed services was recognized by two prestigious organizations, Channel E2E and Channel Futures, naming 3Cloud as top managed services provider globally. 3Cloud's Managed Services practice experienced over 100% year-over-year growth from 2020 to 2021. "3Cloud is honored to be recognized for the growth our Managed Services team has made in the breadth of services offered along with our vertical offerings," said Mark Nelson, Vice President Managed Services. "3Cloud recognizes that to provide the Ultimate Azure Experience, our customers require innovative and secure Managed Services allowing them to focus on their critical business priorities while we handle their infrastructure, application, and data analytics support. We are proud to have our Managed Services team recognized for their passion and expertise provided to our customers." 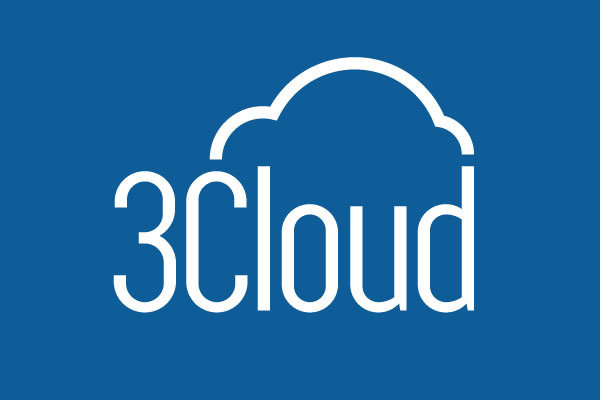 Each One-of-a-Kind Event is Limited to 20 Guests at $10,000 Per Guest  LAS VEGAS, Aug. 8, 2022 /PRNewswire/ -- Wynn Las Vegas is partnering with Napa Valley's famed Domain H. William Harlan for an ultra-exclusive wine dinner series launching this fall. The series offers attendees an opportunity to sample a variety of the most elusive labels from Harlan's time-honored wineries – including Harlan Estate, BOND and Promontory – paired with specially curated menus from Wynn's acclaimed chefs. 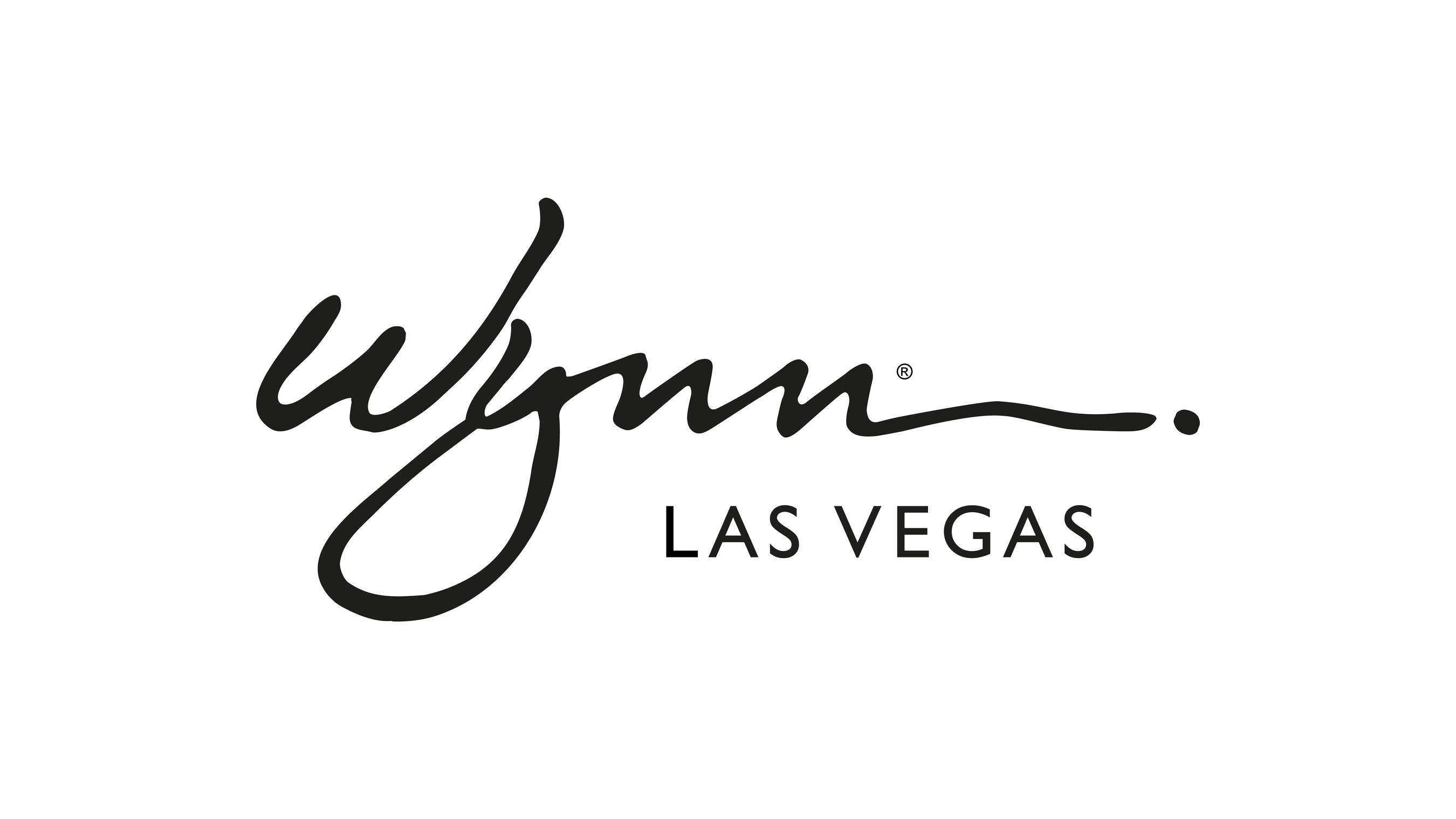 ARLINGTON, Texas,  August 8, 2022 /PRNewswire/ -- Steven Gallegos's excitement at the birth of his first child, Caleb, soon diminished after arriving home from Texas Health Harris Methodist Hospital Alliance. Did you know mothers aren't the only ones who can get postpartum depression?He struggled mentally and contemplated suicide as he wondered if his son would be better off without him.

Reported $5B in defense-related revenues, a 668% increase over 2021Earned largest jump in Top 100 global rankingsHERNDON, Va., Aug. 8, 2022 /PRNewswire/ -- Peraton has been ranked as the world's 25th-largest national security company in the 2022 Defense News Top 100, the annual ranking of the largest global defense and national security companies shaping militaries around the world.

Topgolf in Knoxville connects Players from East Tennessee to signature Topgolf experience DALLAS, Aug. 8, 2022 /PRNewswire/ -- Topgolf Entertainment Group, a global sports and golf entertainment company, is set to open its 79th global venue in Knoxville, Tennessee, on Friday, Aug. 12. "We are excited to welcome the Knoxville community and bring more Tennesseans more opportunities to play the game of golf in their own way," said Topgolf Chief Operating Officer Gen Gray. "As a company focused on bringing diversity, a new personality and attitude to this game of golf, we look forward to bringing our unique experience to this community."

PITTSBURGH, Aug. 8, 2022 /PRNewswire/ -- "I wanted to create additional storage space for clothes, jewelry, ties, belts and other accessories," said an inventor, from Boise, Idaho, "so I invented KARI'S KLOSET SPACE SAVING SOLUTION. My organized and accessible design would eliminate the hassle of searching through cluttered drawers, closets and storage bins to locate belongings."

AvoMD Strengthens Its Advisory Board with Appointment of Mark Clermont, CEO of Cecelia Health, and former CFO of UpToDate and Wolters Kluwer Health 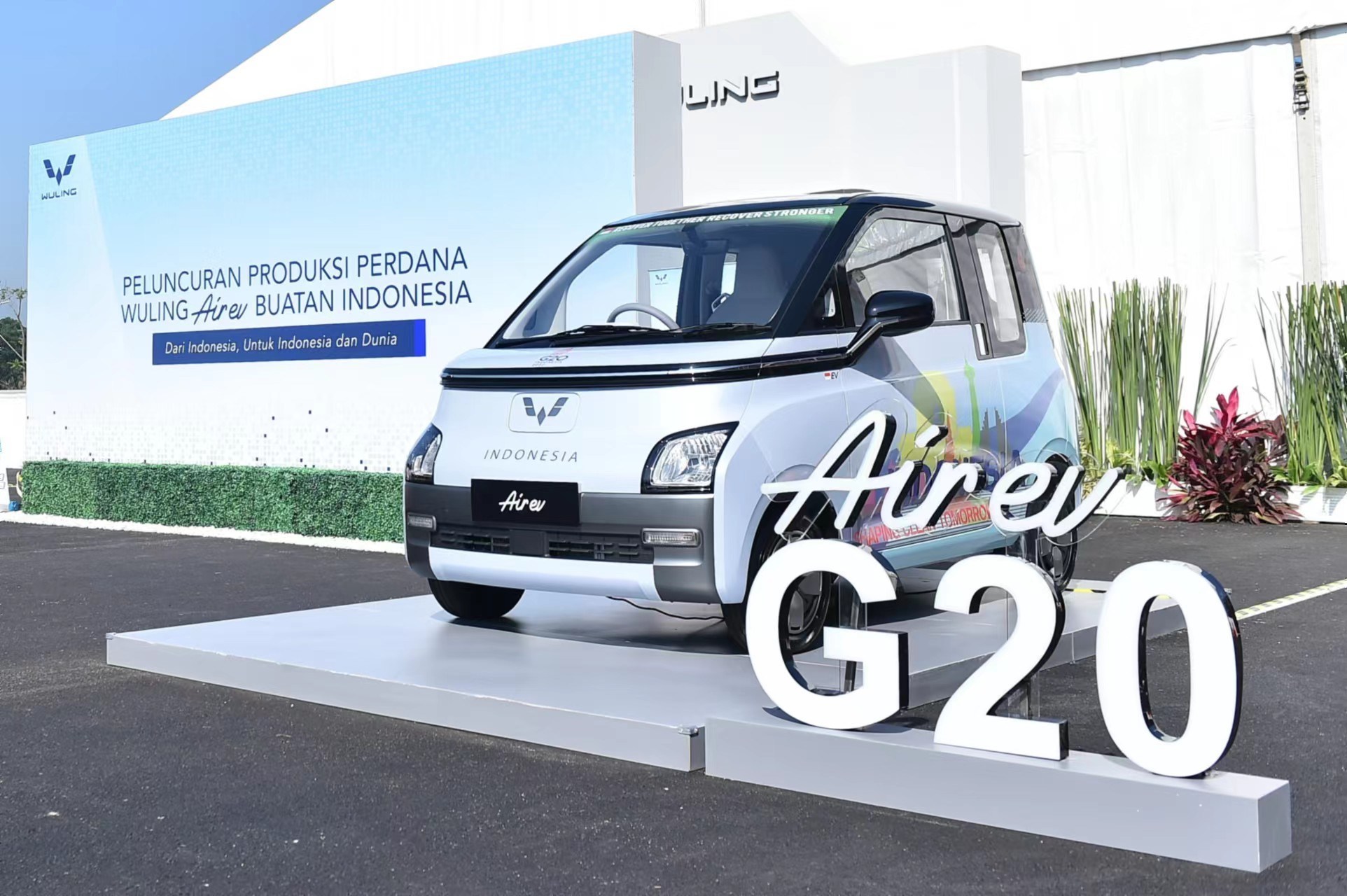 - UK-based Albumedix Ltd. is a leader in the field of recombinant albumin-based solutions and a highly innovative and profitable company - Recombinant human albumin is a critical component in the manufacture of innovative biopharmaceuticals, particularly for modalities such as cell therapies, viral therapies and vaccines - Sartorius will acquire all outstanding shares of Albumedix Ltd. for approximately £415 million GÖTTINGEN, Germany, Aug. 8, 2022 /PRNewswire/ -- The life …