A Vision for the Next Five Years in Hainan

HAIKOU, China, April 30, 2022 /PRNewswire/ -- China's southern province of Hainan has made extraordinary and landmark progress in economic and social development over the past five years. In the coming five years, what are the prospects of this island province being built into the world's largest free trade port?

In this video, Lara Netherlands, Host of Hainan International Media Center, will brief you on the vision for Hainan's future development unveiled by the government at the Eighth Hainan Provincial Congress of the CPC held in Haikou from April 26 to April 29, 2022.

According to the report issued during the Congress, a strategic framework of "One Guide, Three Foundations, Four Beams and Eight Pillars" should be fully implemented in Hainan.

"One Guide" refers to being guided by Chinese President Xi Jinping's series of key speeches, instructions, and memoranda regarding Hainan's work.

"Three Foundations" refers to the three institutional cornerstones, comprising of the "Guiding Opinions of the Communist Party of China (CPC) Central Committee and the State Council of the People's Republic of China on Supporting Hainan's Comprehensive Deepening of Reform and Opening-up", the master plan to build the island province of Hainan into a free-trade port, and the "Law of the People's Republic of China on the Hainan Free Trade Port". 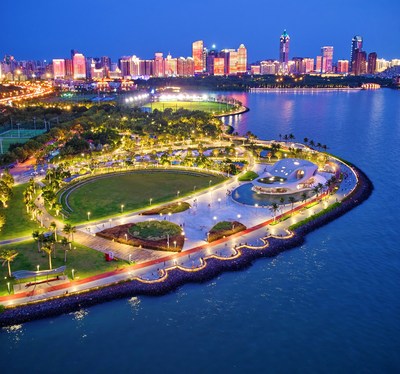