Besides her time in college, at Huston-Tillitson College, Holmes said she is a lifelong resident of Lubbock.

She said it’s this community, along with her family and friends, that helped raise her into the educator, mother, grandmother and great grandmother she is today.

While growing up, Woods-Holmes said she remembers a very tight knit community where her principal lived across the street with his wife who was also her first grade teacher. She said everyone helped each other and respected each other.

“We knew that if we were out playing or whatever, whether mother was there or not, if Mae Simmons was there or somebody else, that was just like mother being there. That’s just the way it was,” Woods-Holmes said.

She’s served on a number of local boards–philanthropic, medical and education–and she continues to do so, even after being retired for more than 20 years.

“One of the things that I am really enjoying today, even though I’ve been retired for 20 years, and some of the students now that I taught in elementary, they’re 34 and 35 years old,” she said. “They’ll say, ‘Mrs. Holmes’.  I don’t remember their names, but I remember their faces and we hug, as if it were yesterday and that means a lot to me.”

While continuing to reside in Lubbock, she said she plans to remain just as active as she has been in the past.

"My husband woke up and the first thing he does is water the grass and so he came out and the trailer was gone," Orona said.

LUBBOCK, Texas -- The Wild Horse and Burro Program started Friday at the South Plains Fairgrounds and seeks to place 100 of their wild animals in safe homes.

Crystal Cowan, wild horse and burro specialist, said a lot of people are looking for projects to do at home during the pandemic.

Lubbock, Texas- The hot weather will continue over the weekend. It's as simple as that. Expect to see plenty of sunshine, with no cloud cover. The high will get to 107° on Saturday and 105° Sunday. The heat wave is only going to go through Wednesday before we get a break from the triple digit heat on Thursday and Friday.

House in North Lubbock repeatedly targeted by paintballs and fireworks.

LPD offering up to $5,000 for info on Thursday murder

Gov. Abbott: ‘The worst is yet to come’ with COVID-19 in Texas

Man demanded money in Valero robbery, clerk said no, and the fight was on, police report said

Storm damage in Lubbock, Joyland closed for about two weeks.

Large hemp gin no longer coming to Shallowater, here’s why

Cops seize $34,500 from Lubbock man, ask judge for permission to keep it 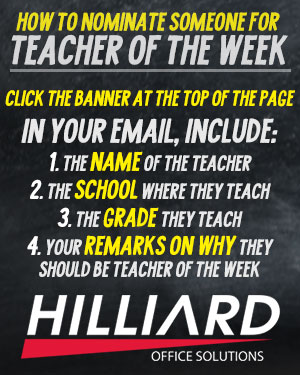