“They kind of go back into the shadows of the kennel,” Schroll said. From her understanding, black dogs in movies and TV shows are sometimes made out to be violent, which fuels negative perceptions.

‘Black Dog Syndrome’ is a cultural phenomenon in which black dogs are overlooked in favor of lighter-colored dogs, according to Angelica Lucero, an animal safety officer with LAS.

“Also, black is considered to be an evil color,” said Lucero.

Lucero hoped people will give black shelter dogs a chance, stating, “We have a lot of dogs who are solid black, and they’re the sweetest dogs ever.”

LAS said it also has dogs that are “super rough and rowdy, who like to get down in the dirt, play chase and tag.”

Elisabeth Geier, writer for Rover and animal advocate, said reasons black dogs might be overlooked in the shelter include:

“[Which is] really disheartening because we have some amazing dogs back there and people just go off of looks, not personality,” she explained.

For those interested in adopting during this year’s Save a Pet Adopt-a-Thon, LAS is located at 3323 SE Loop 289.

Lubbock Animal Services has at least 22 black dogs available for adoption. As of Friday, none of them have applications for adoption yet.

IPY = Needs a home with no other pets

Starting with the black pup who has been at LAS the longest… 8-year-old Rayah. She’s been at the shelter for four months and is gentle and dainty. She prefers air conditioning over playing outside, but does have her playful moments. She might be the biggest out of all black pups at LAS. One staff member called her a potato. 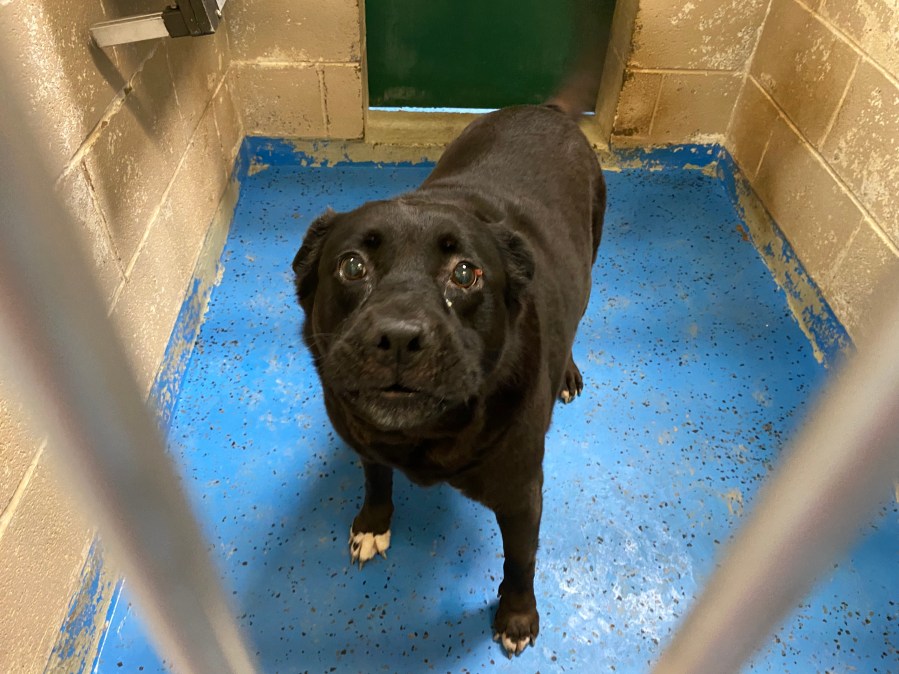 Remus is the second longest staying black dog. He has been at the shelter for 15 weeks. He is described as sweet and loyal. He is “super gentle” when he takes treats, according to his paperwork. He gets along with other dogs. 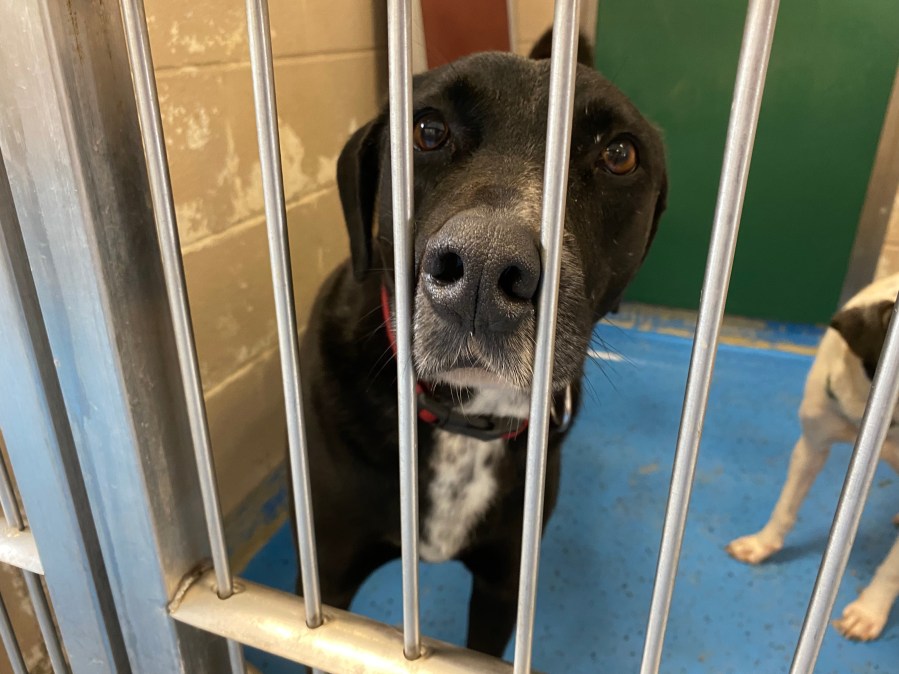 Brother and Mindy have been at the shelter for 13 weeks.

Brother, right, can play rough, but he gets nervous. He is described as goofy, outgoing, playful, sweet and energetic. 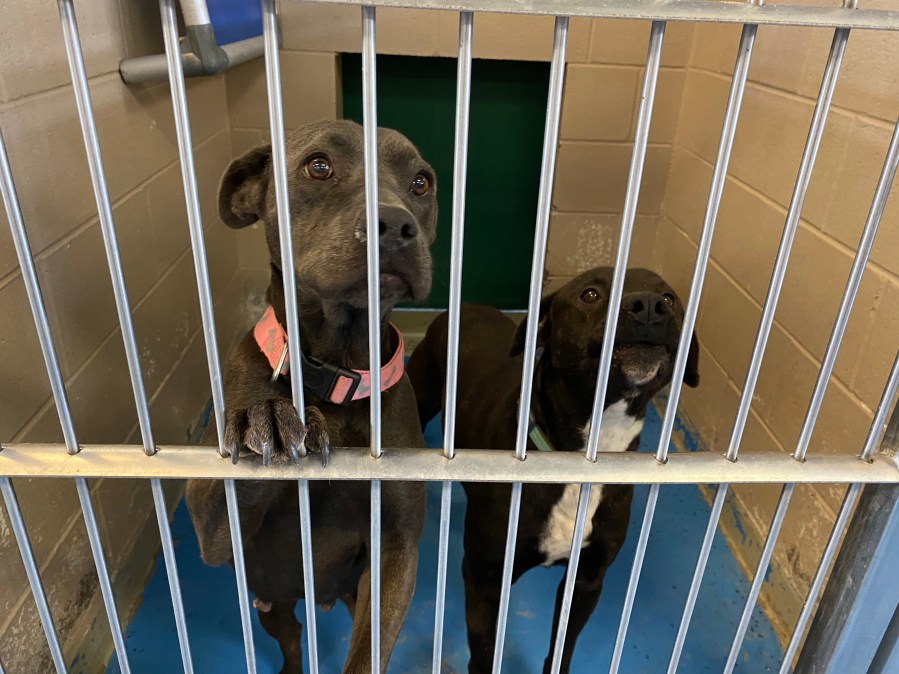 Mindy is “speed,” according to her paperwork. She loves to run. Mindy is goofy, adventurous, outgoing, and sweet. She is vocal at cars, but has her gentle moments. 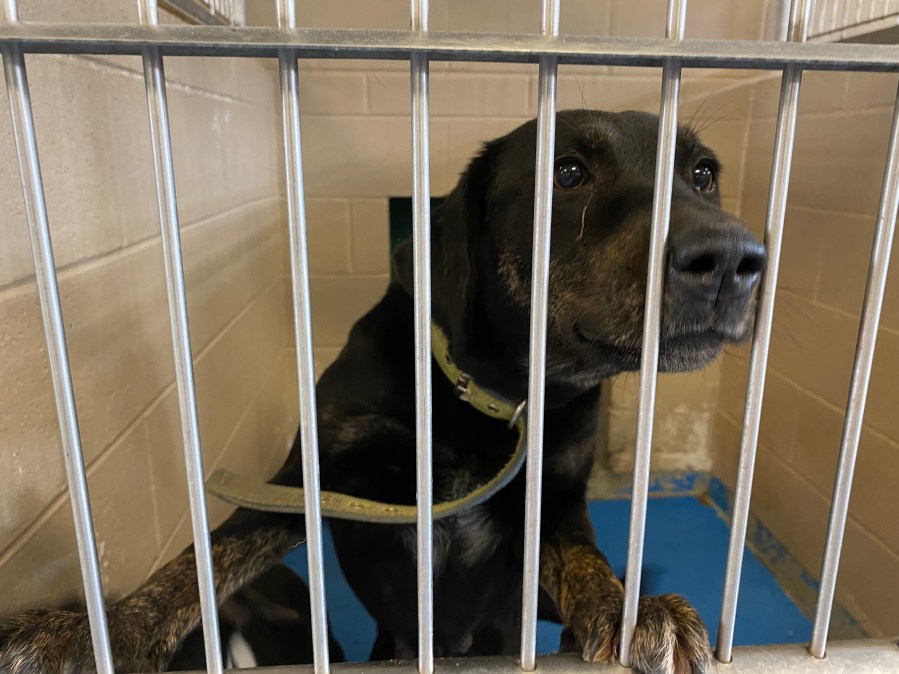 Robin came to the shelter three months ago. She is described as goofy, adventurous, outgoing, playful and energetic. 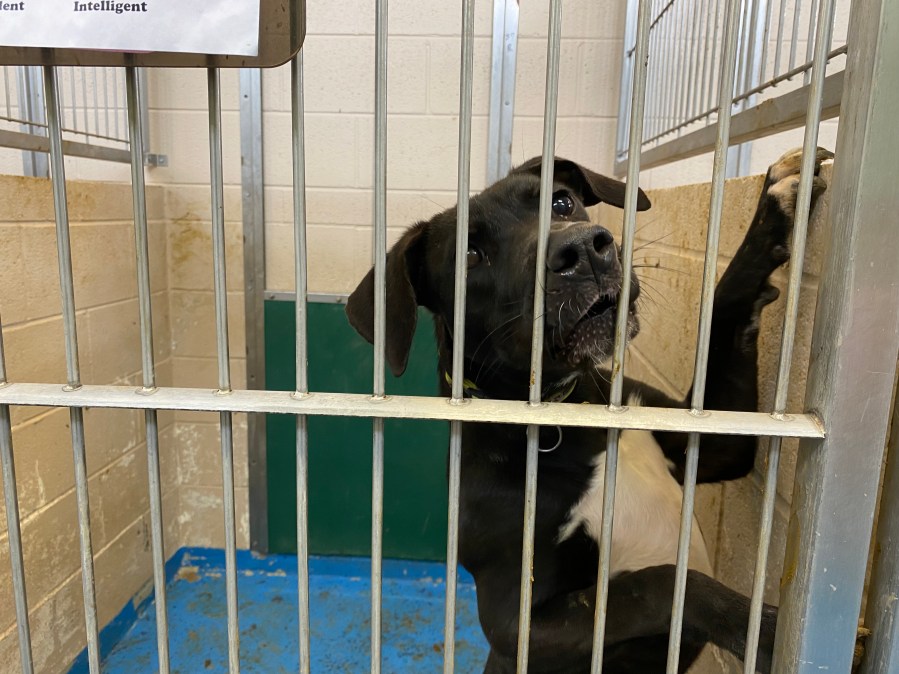 Johnny arrived at the shelter three months ago. The staff said he is ‘a super good boy, but needs an understanding family.’ He is goofy, sweet, energetic, outgoing, and playful. Johnny is also shy at first. 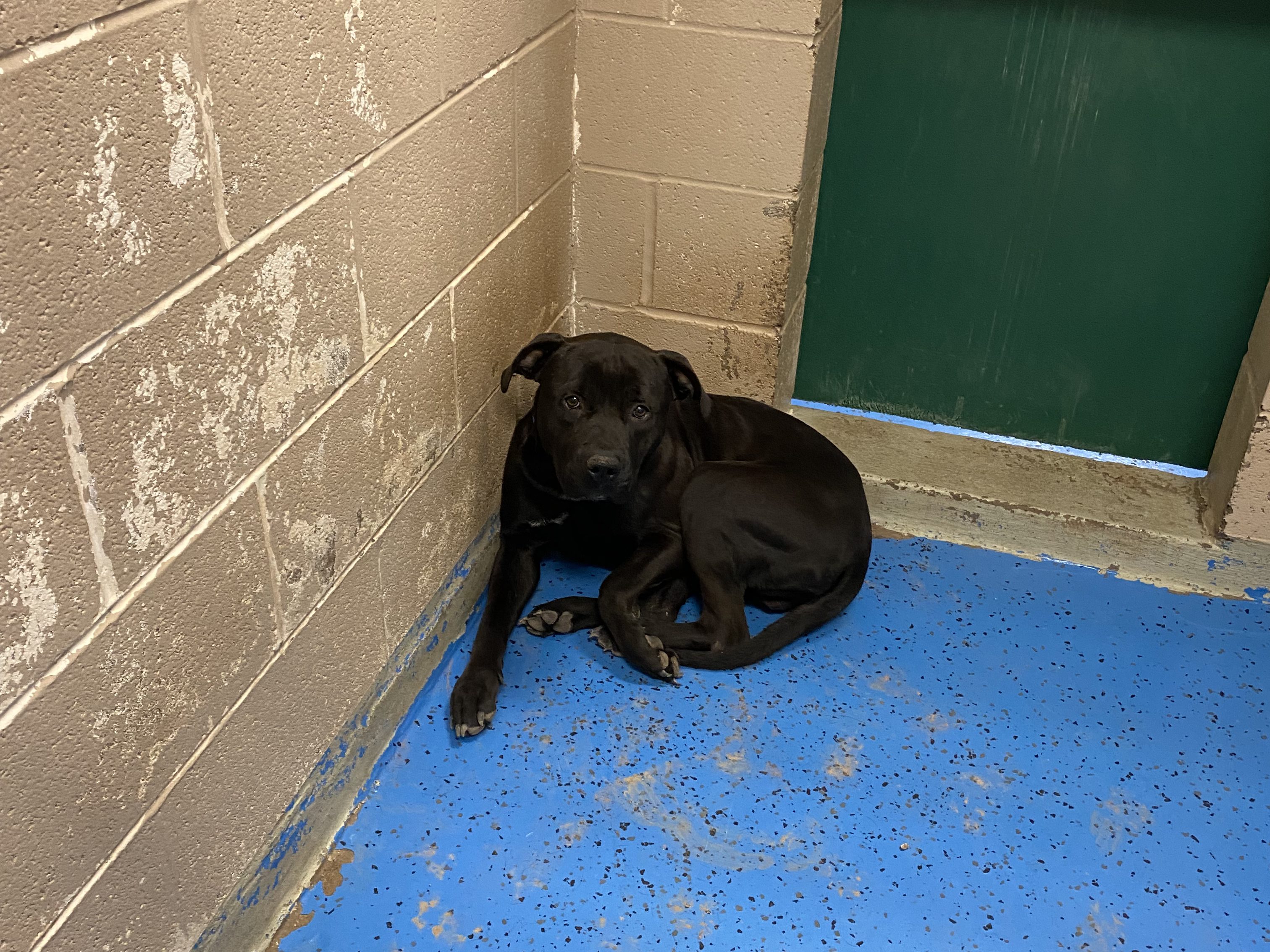 Bates, left, is around seven-months-old. He is new to the shelter, formerly a stray, and is a Terrier, Pit Bull/mix. His ears… are awesome. 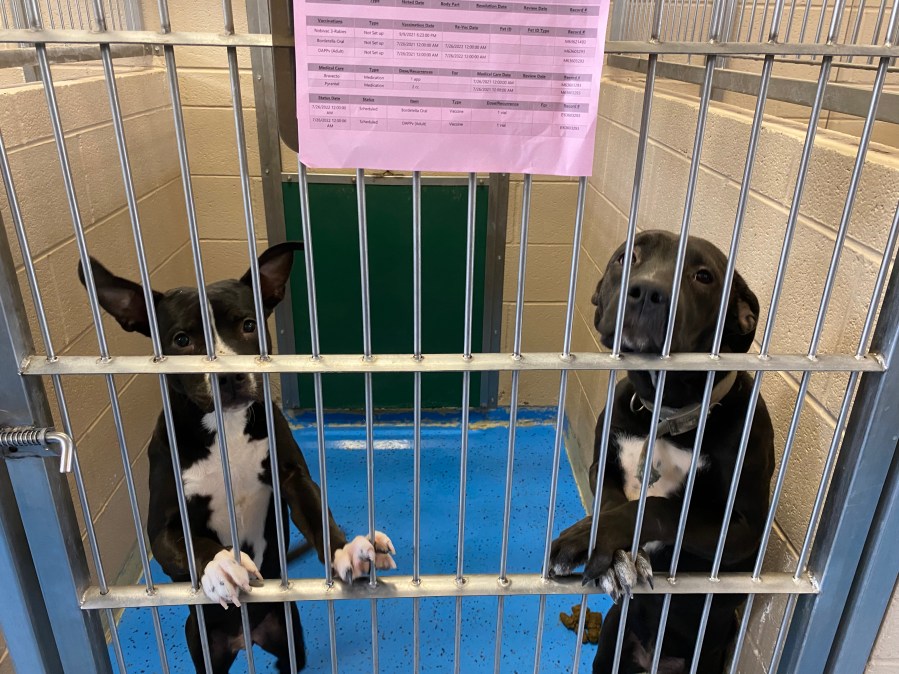 Ruthie arrived at the shelter last month. She was a stray and is one-year-old. She weighs 48 pounds. 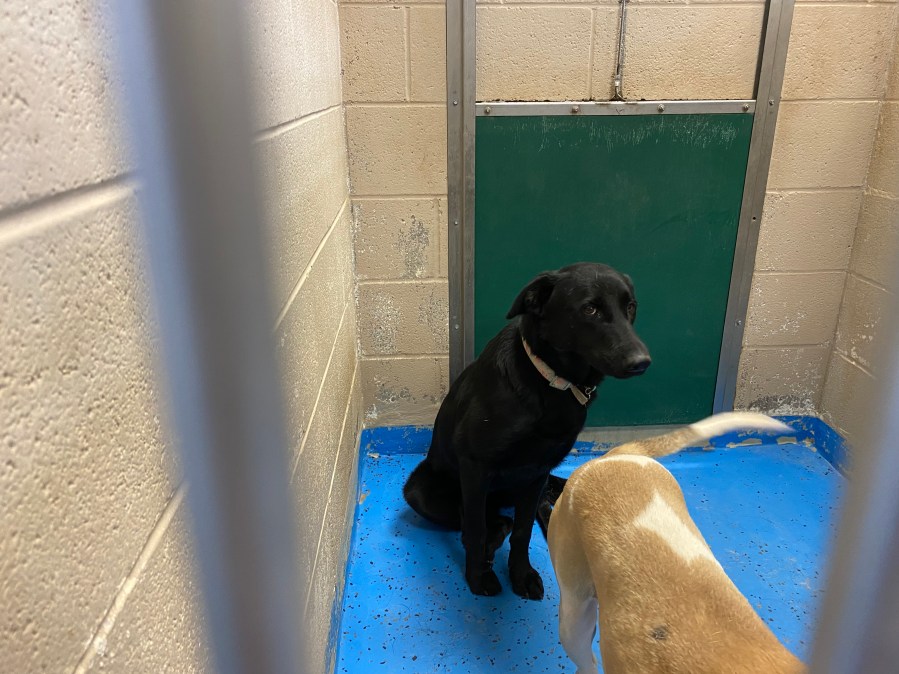 Heather, left, is a seven-month-old retriever mix. She came in last month as a stray and is described as “super sweet, just scared.” She likes to growl and pretend that she is intimidating. 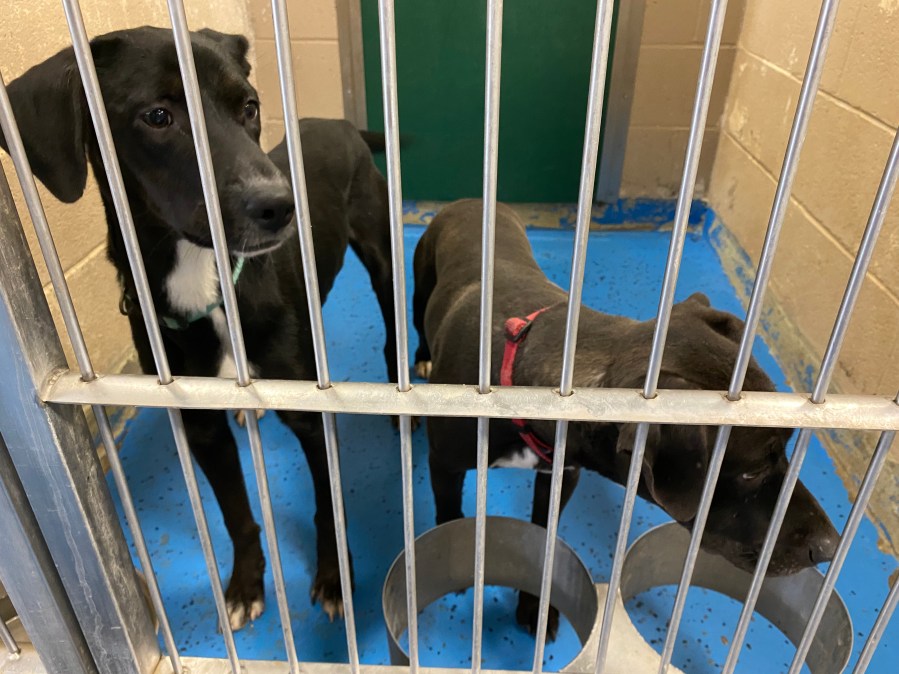 James is a two-year-old Labrador/Retriever Mix. He was abandoned in his home and brought to the shelter last month. He is very sweet, but shy and will need a patient family. 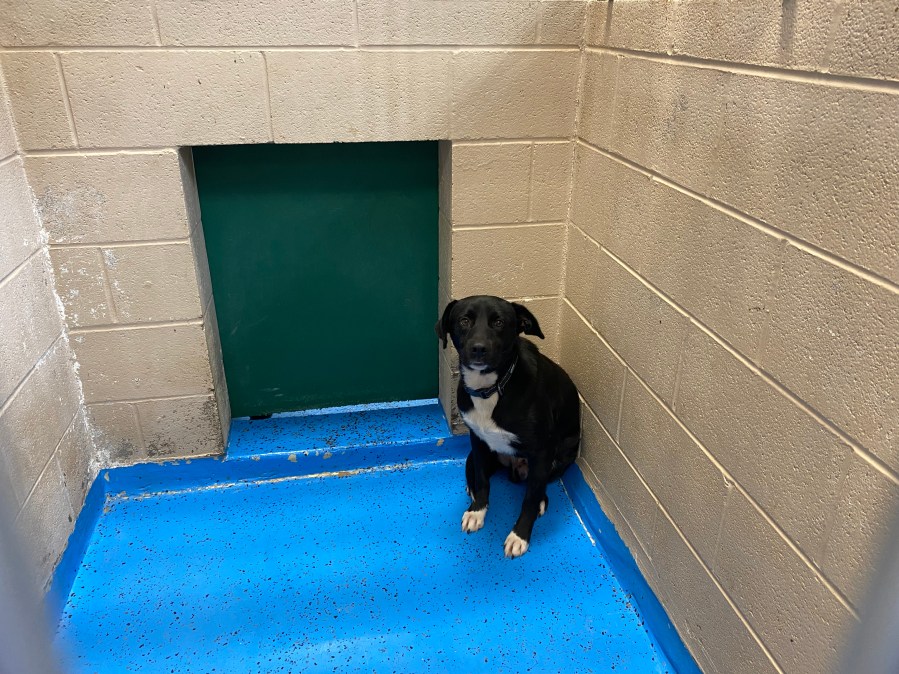 Miller came to the shelter in September. He falls under the “rough/rowdy” category, but he also needs a home without any other pets. He is goofy, outgoing, playful, vocal and intelligent. 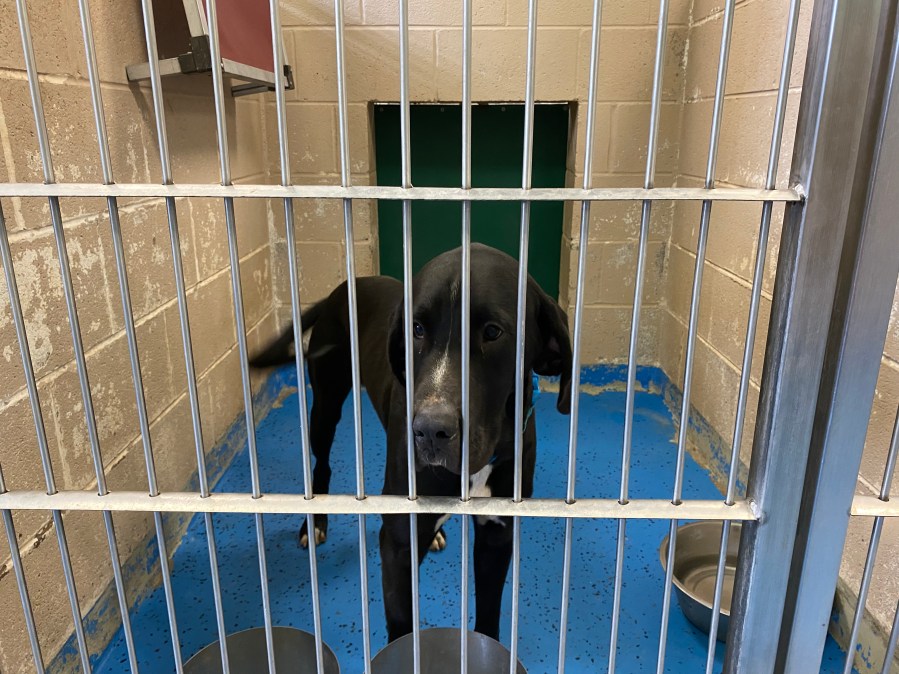 Mishae arrived less than a month ago. She may need a home without other pets. She is goofy, cuddly, sweet, energetic, outgoing and playful. 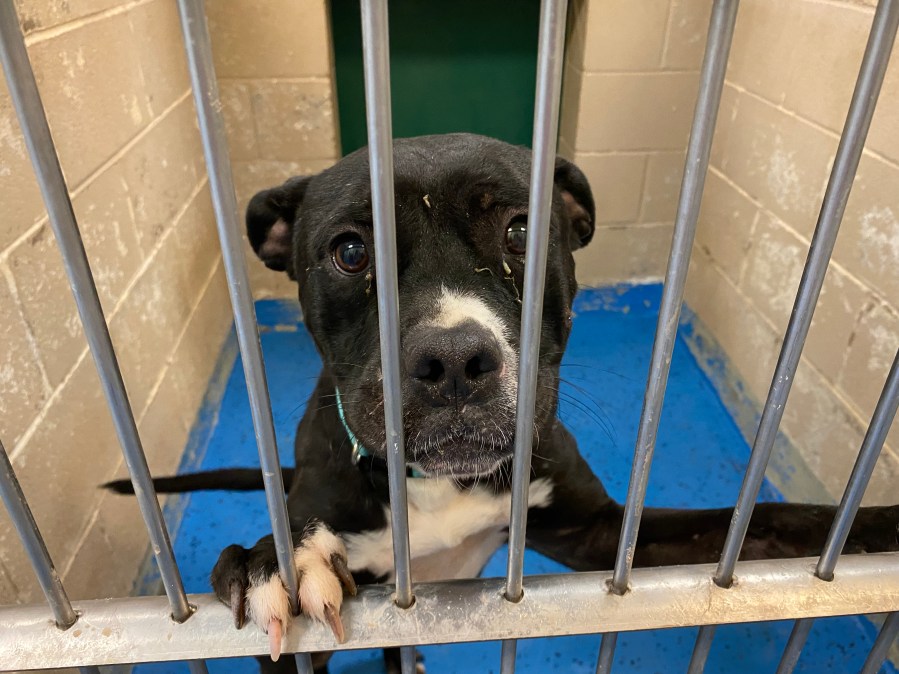 Andy is around three-years-old. She’s a Retriever/Mix and was surrendered last month. 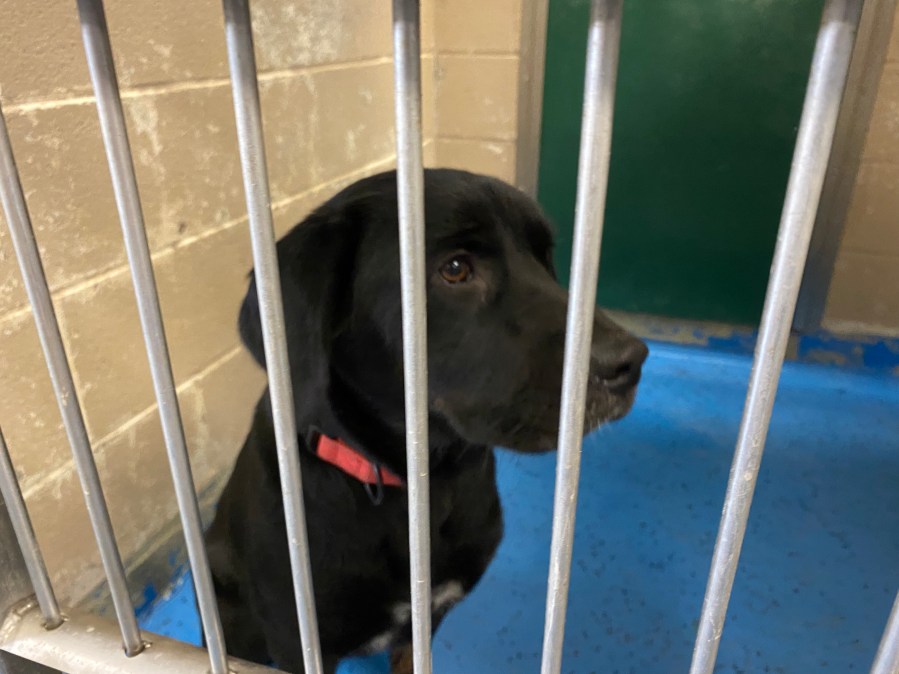 Hopper has been at the shelter for a couple of months. This pup is described as sweet, outgoing and energetic. The staff says Hopper loves getting all the attention and would like a single-dog home. 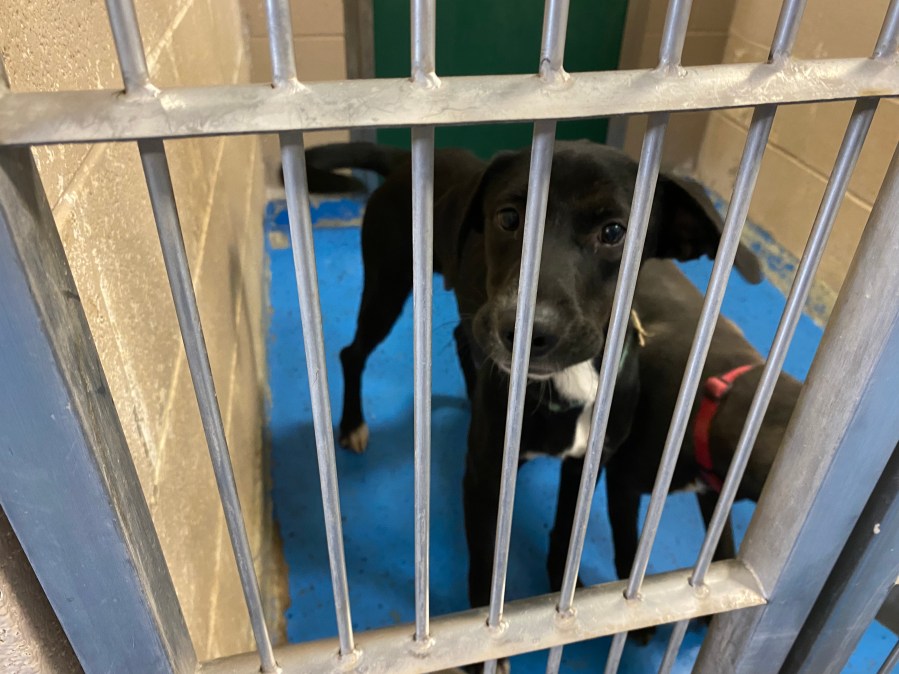 Buzz is a Terrier/American Pit Bull/Mix. He was surrendered in September and is four-years-old, 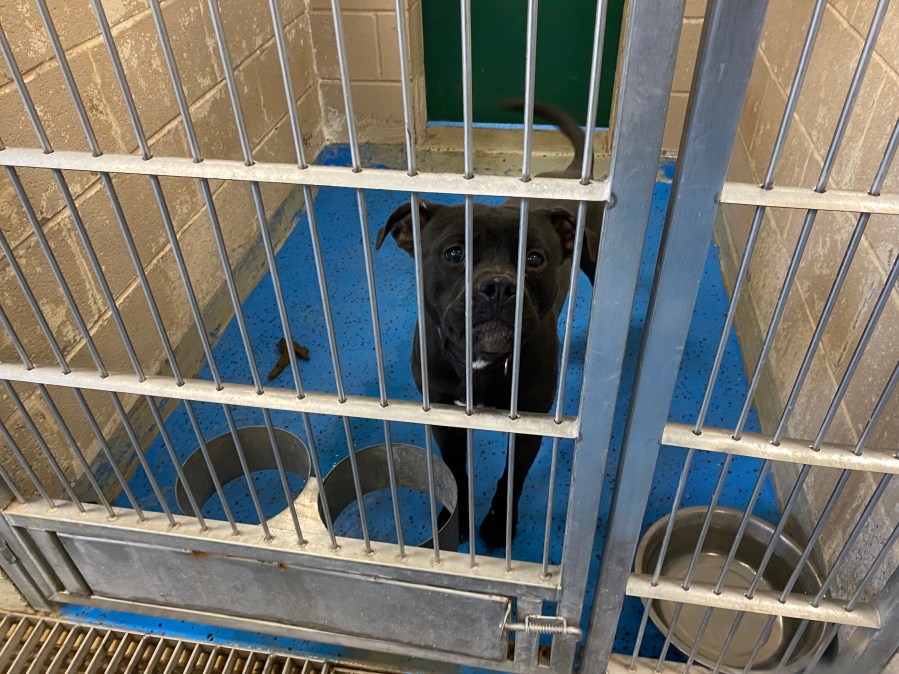 Bo is eight-months-old and was surrendered in September. He is Terrier, American Pit Bull/Mix. He will do well in a single-pet household. 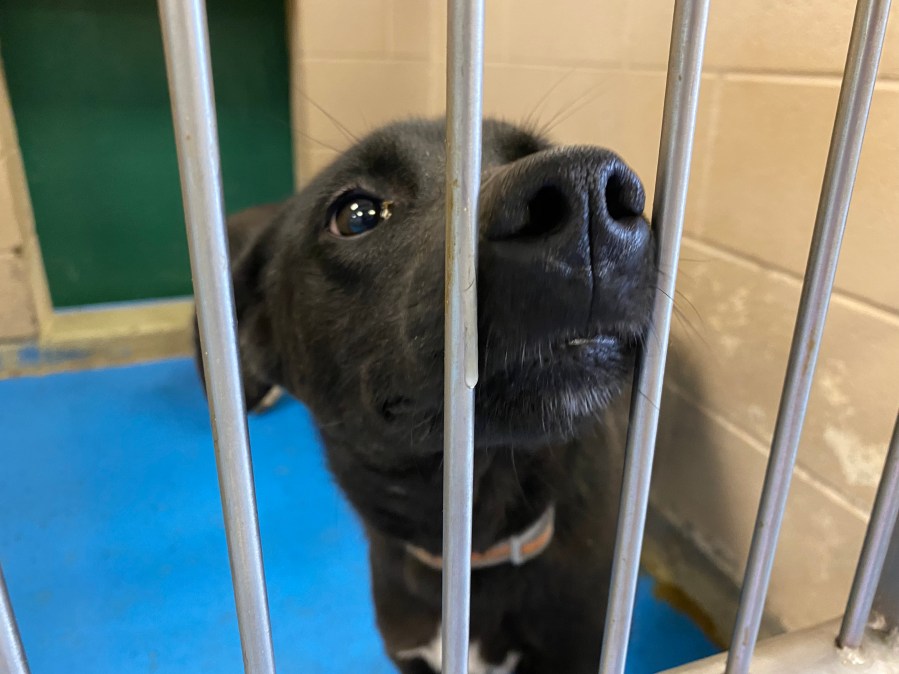 Allyson arrived at the shelter a couple of months ago. She is goofy, outgoing, playful and energetic. 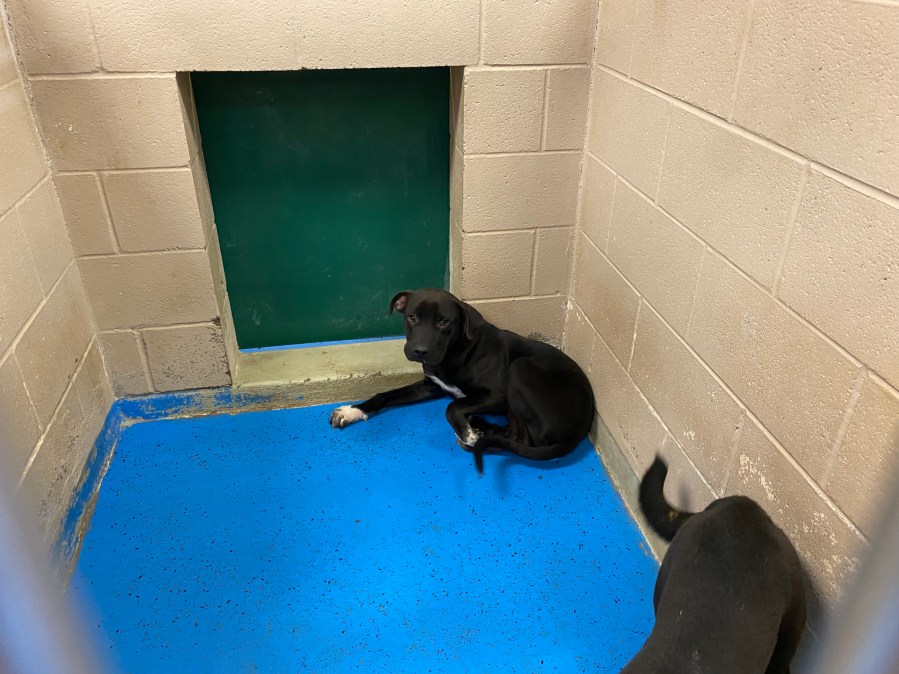 Caitlyn, front, is three-years-old and was a stray when she arrived in August. She is a Terrier/Mix. 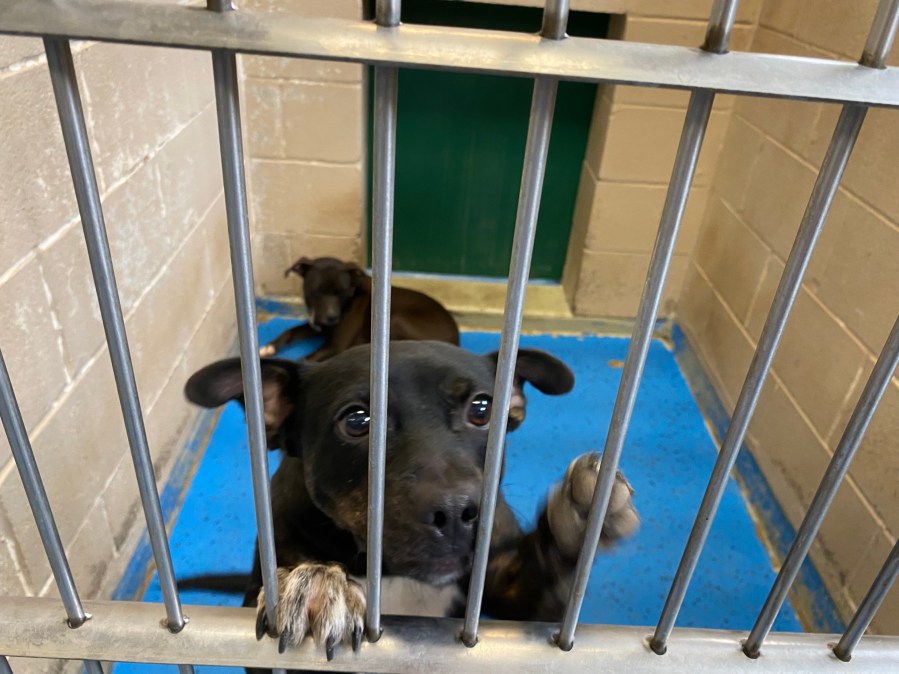 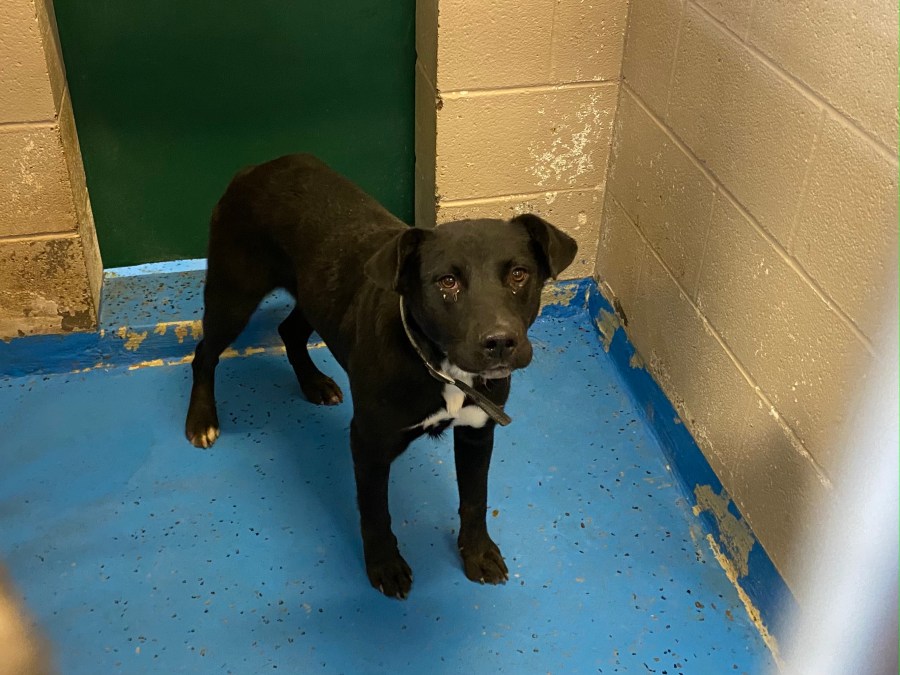 Spade is outgoing, sweet, energetic and playful, and has been at the shelter for a couple of months. Spade will do well in a single-pet household. She gives side eye… 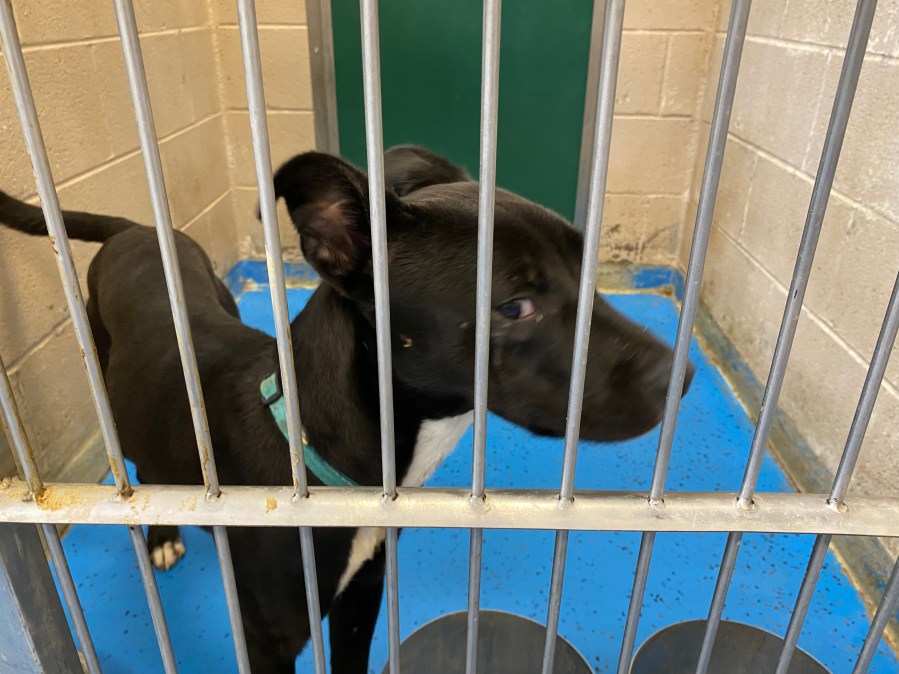 Last but certainly not least, Trouble. Trouble came to the shelter last month and is goofy, adventurous, playful, sweet and energetic. 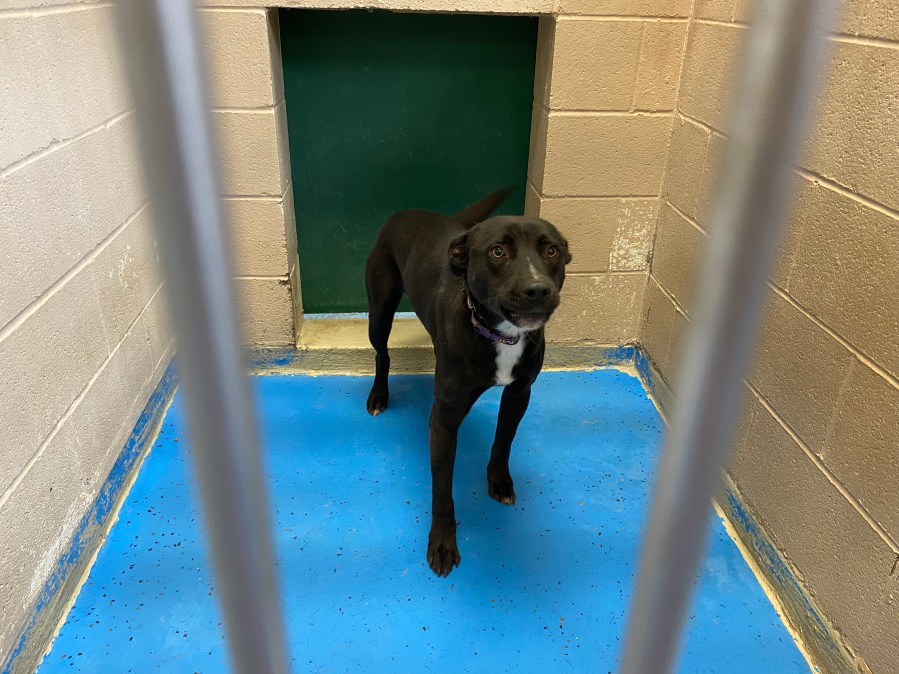 Contact Lubbock Animal Services for more information on these pups.

2 accused of stealing $2.3 million in 2 days from cargo at Lubbock airport